From warming spices to zesty lime and fresh crema, you’re bound to find something you like!

When you’re making a classic recipe like nachos, so much of the dish’s flavor relies on the nacho meat seasoning.

As the backbone of any good nachos platter, the seasoned ground beef (or ground turkey with seasoning, pork, or chicken), should have an earthy, spicy, smoky flavor profile.

So how do you get that?

Well, it’s all a balance of herbs and spices, as well as some secret ingredients that improve the texture and flavor.

These flavors are what translate on our taste buds and in our brains as the essential nacho meat flavor.

That’s not the best part:

Even if you’re not using ground beef and substituting it with ground chicken, turkey, or even tofu crumbles, your taste buds will identify this flavor you know and love.

So let’s countdown the best seasoning ideas for nacho meat!

Our Favorite Seasonings for Nacho Meat

Cumin is a nutty, earthy, herbaceous spice that gives the meat a nice smoky flavor.

It’s one of the main defining aromas in any nacho or taco meat seasoning.

You can get the most out of it when it’s toasted before grinding, that way you can “wake up” its flavor and aroma.

It’s super easy to do:

All you have to do is put the cumin seeds in a clean, dry pan on medium-low heat.

Keep the seeds moving in the pan until you start to smell them.

Let them cool completely before adding them to the spice grinder.

Spice is different from spiciness, but this ingredient gives you both!

Even if you don’t like super spicy food, a sprinkle of chili powder will elevate the dish to infinity! 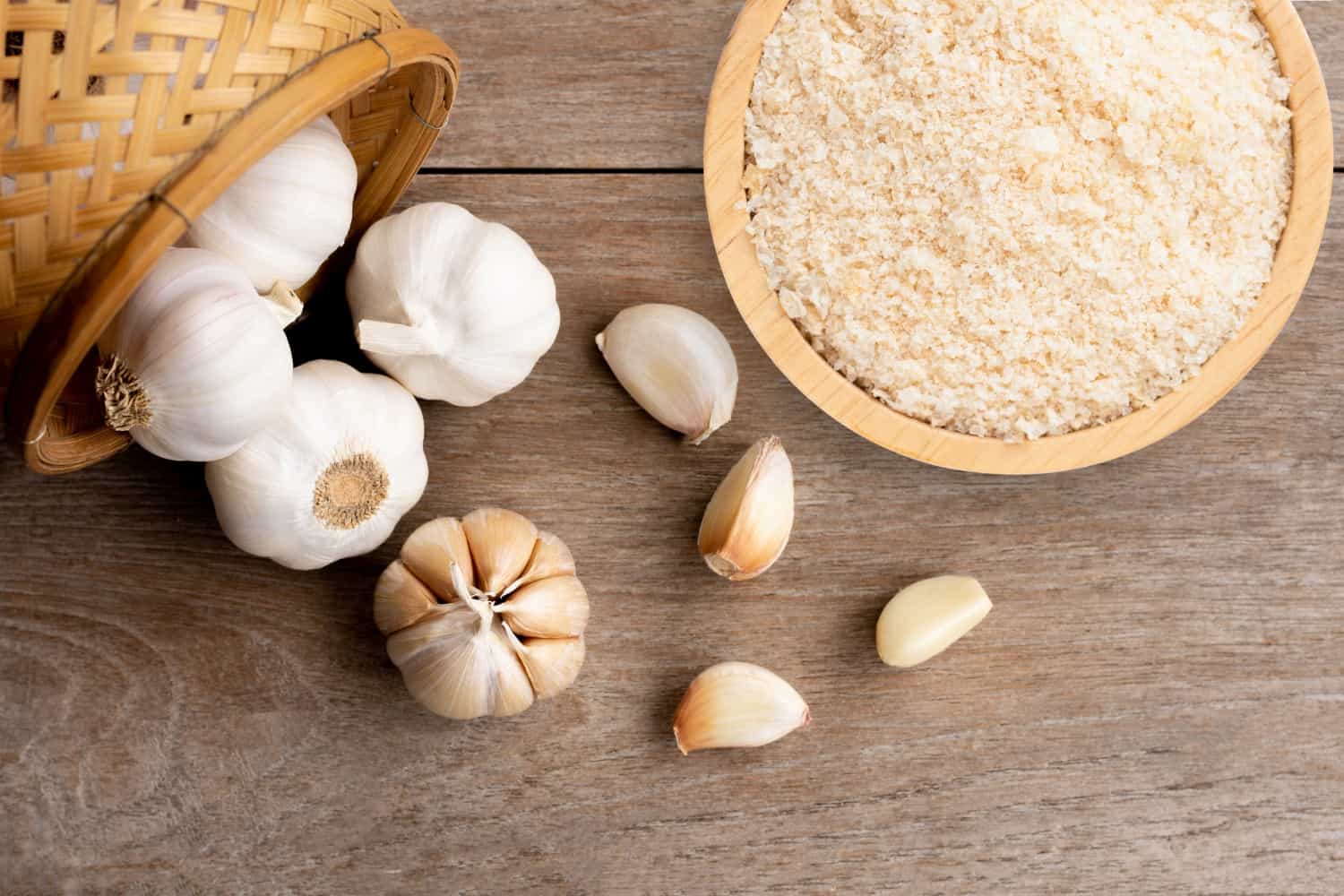 Garlic is a delicious addition to any dish.

Unlike fresh garlic, which can be overpowering, garlic powder gives more of a warm undertone to all the other spices.

And the best part is:

You can add as much or as little as you want without altering the final flavor.

Just like garlic powder, onion powder gives a nice boost of savoriness and warmth, creating the perfect base for the other flavors.

It also helps with the Maillard reaction that boosts browning in proteins.

That’s because onions have a lot of natural sugars in them that get concentrated when they’re dried.

Smoked paprika echoes that delicious smoky flavor in the cumin.

It also adds a little bit of sweetness and bitterness to balance out all the other flavors.

Just be careful about going too far with it, as it can make the whole dish taste like paprika and nothing else! 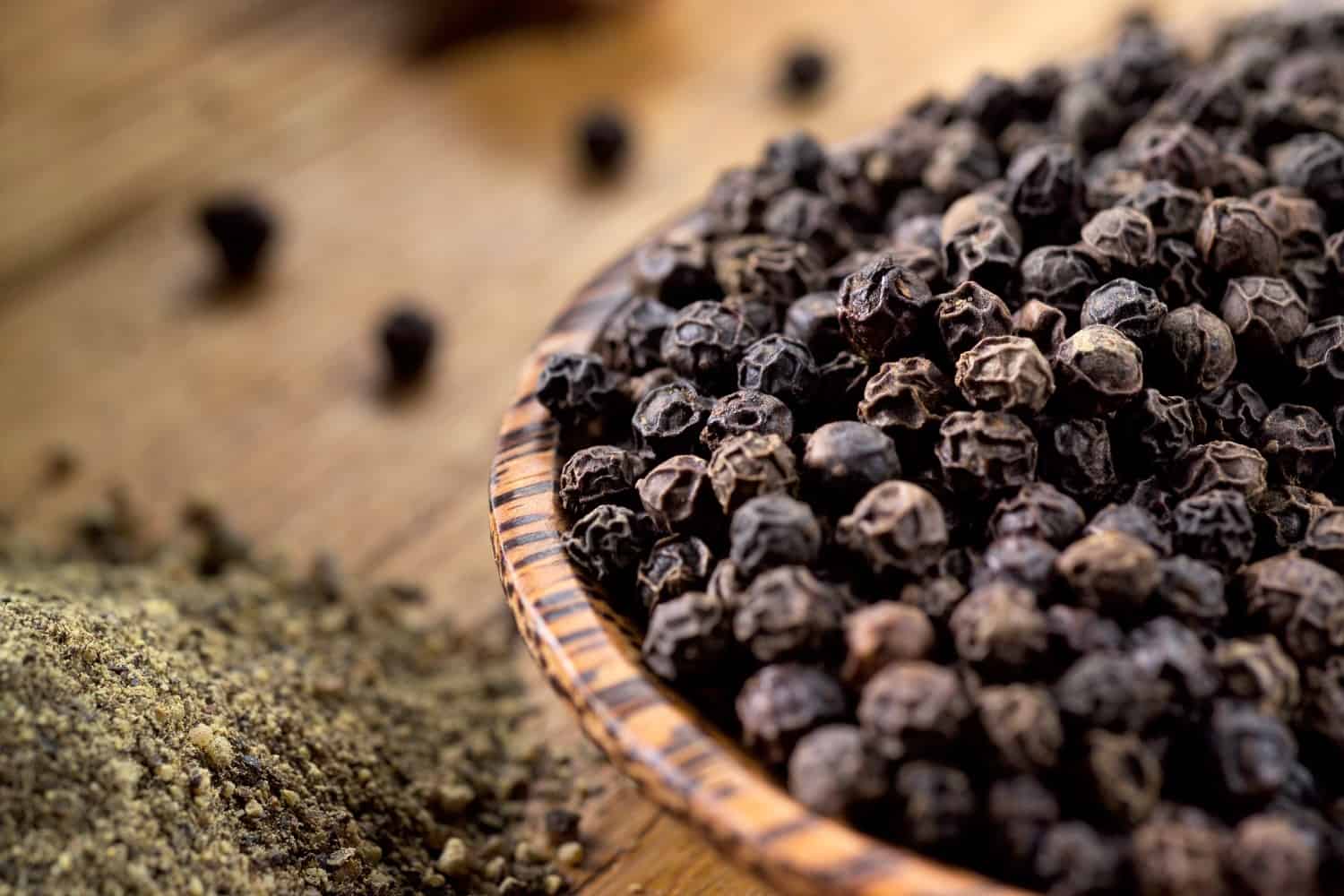 For some additional heat and spice, you can add black pepper, cayenne pepper, or both!

Black pepper adds a delicious aroma alongside the spice, so I prefer it to cayenne in this application.

This is a great addition to your nacho meat seasoning blend!

Oregano adds a ton of freshness and lifts the whole dish, creating a wonderful, complex flavor.

This isn’t a common ingredient in pre-made nacho meat seasoning, but adding it makes a huge difference in how well-rounded the seasoning is.

You can add it fresh or dried, and both work perfectly with nacho meat seasoning!

You can use them as is, but toasting them in a dry skillet before grinding boosts their flavor and makes it a lot more noticeable.

Even if you have the cilantro gene that makes it taste like soap, coriander is a-okay to add here!

This ingredient is a little controversial, but if you have no known allergy to it and no issues adding MSG to your food, do it!

While you don’t need a lot of it, MSG is a great way to boost the umami factor in any spice blend, especially in dishes like nachos.

It also makes the food more addictive, which is why most premade seasoning packets include MSG as an ingredient.

You’re used to seeing them in their original ring form on top of your nachos, but have you tried them inside the nacho meat mixture?

Pickled jalapeños can add such a great kick to your nacho meat if you incorporate them in the cooking process.

Just chop them up into small pieces so they would mix in better. You can also leave them whole if someone wants to pick them out later.

This is a bit of a secret ingredient that I like to add to my nacho meat to boost the smokiness and acidity.

You know those jarred chipotle peppers? The ones that come in adobo sauce?

Well, that sauce is liquid magic!

Add a tablespoon to your nacho meat mixture and see how it makes all the other flavors come alive! 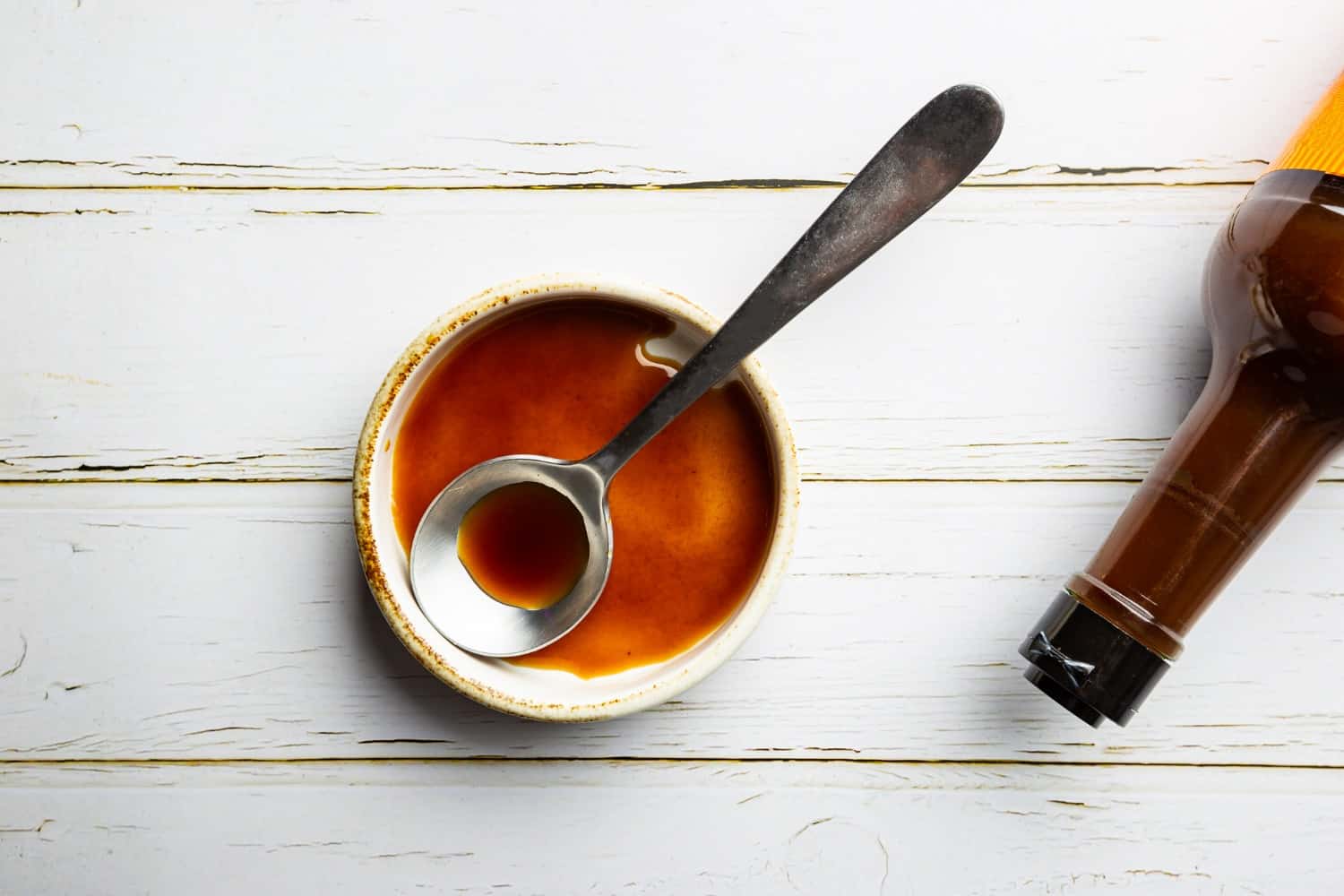 In case you’re not a fan of the idea of adding MSG to your food, try this one instead.

Worcestershire sauce is a huge umami booster, thanks to its controversial ingredient list.

Yes, yes. It has anchovies in it.

But they’re not at all fishy!

In fact, anchovies just taste like intense meatiness, and therefore are the perfect addition to nacho meat made from ground chicken or turkey. 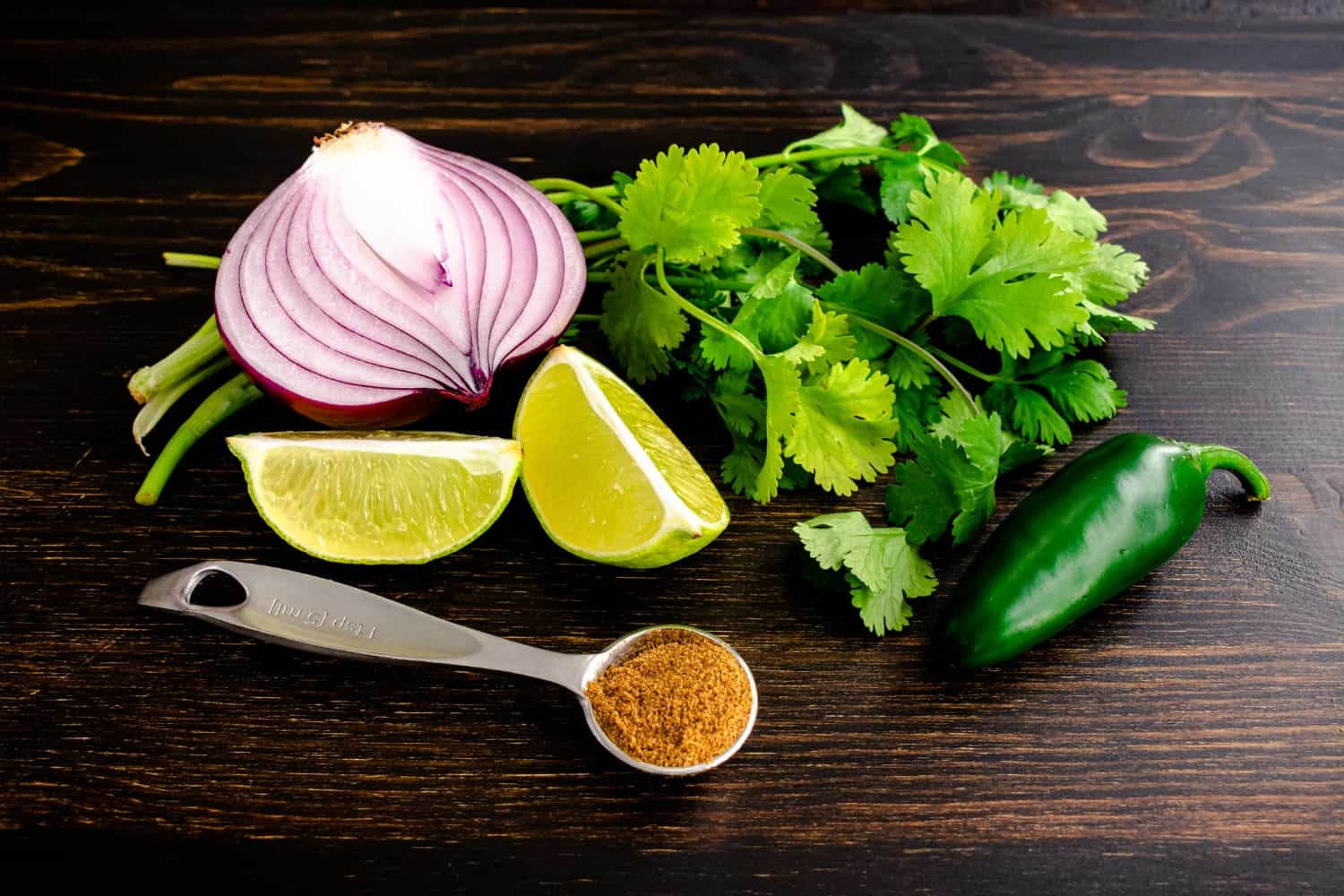 Acidity is an important flavor profile in any dish.

Aside from adding more intrigue to a dish, it also cuts through the richness of fatty ingredients.

In nachos, all the heavy, meaty, cheesy goodness can take a toll on your taste buds.

That’s why a squeeze of lime juice can instantly lift up the whole dish and make it taste less greasy.

Add a sprig of cilantro and finely sliced red onions and you’re in for a treat!

The crunch and the freshness will elevate the nachos platter to the next level.

Store-bought sour cream is alright, but why not go the extra mile and make a delicious Mexican crema to go with your nachos?

It couldn’t be any easier:

Just combine 1 cup of heavy cream and 1 tablespoon of buttermilk.

Cover tightly, and then let it be for 12–24 hours in a warm spot in your kitchen.

The next day, you’ll have a full-bodied, delicious sour cream that you can dress with a pinch of salt and some lime juice.

You can also add half an avocado and blend it together to create a delicious avocado crema dressing!

This isn’t a seasoning per se, but it’s crucial if you want the velvety smooth texture for your nacho meat topping that you get from takeout.

Not only does it thicken the sauce, but it also makes the mixture more homogenous and easier to spread on your tortilla chips!

Mix them very well and then add to your simmering nacho meat mixture, once it comes to a boil, the mixture will thicken nicely.

What Is Nacho Meat Seasoning?

You know that spicy, flavorful ground beef mixture you get on your order of loaded nachos?

As the backbone of any good nachos platter, this seasoned ground beef should have an earthy, spicy, smoky flavor profile.

So how do you get that?

These flavors are what translate on our taste buds and in our brains as the essential nacho meat flavor.

That’s not the best part!

Even if you’re not using ground beef and substituting it with ground chicken, turkey, or even tofu crumbles, your taste buds will identify this flavor as nacho meat.

Now that you know what the seasoning is, why not just get the store-bought stuff and call it a day?

I’ll tell you why:

If you’re anything like me, you’ll find an excuse to make any and everything at home.

I literally eat out every few months just to get new recipe ideas!

But when it comes to seasoning mixes, there are a few more reasons that come to mind as to why I make them at home.

This is probably the biggest reason why I make my own seasoning mixes.

Even if the spices themselves don’t taste very salty, sodium can sneak up as a form of preservative.

For many people with cardiovascular health risks, this can spell trouble.

Lowering your sodium intake can significantly reduce the chances of severe cardiovascular episodes, such as strokes and heart attacks.

We all have different tastes and preferences when it comes to flavors, especially in cuisines where spices are a huge part of the dish.

This is so true for Mexican food where spice is at the forefront of every dish.

Aside from spice allergies that, although rare, can cause anaphylaxis in severely allergic individuals, some spices just taste yucky to some people.

Let’s just say I learned that the hard way!

One of my friends absolutely hates cumin, so a pre-made seasoning mix that’s cumin-heavy tastes like dirt to her.

Now, I just substitute coriander seed for the cumin when I make my annual Christmas seasoning blends that I gift her.

Most nacho meat seasoning packets contain a percentage of fillers or thickening agents such as cornstarch.

Disregarding the fact that the recipe needs it to thicken the sauce, you should know that adding it to the seasoning mix is a goldmine for the manufacturer.

It doesn’t cost the manufacturer anything compared to the more expensive spices like cumin, chili powder, and paprika.

Bulking up the seasoning mix with cornstarch ensures you think you’re getting more seasoning than you actually are, while the company gets the last laugh.

It’s Cheaper in the Long Run

With the previous point in mind, it sounds like you’re being ripped off buying seasoning mixes, and that’s not untrue.

But wait a minute, isn’t buying jars and jars of spices more expensive?

Well, yes, but you’re not using up the whole thing in one go.

In fact, you’re doing what’s known as an upfront investment.

You’re just buying the spices once before making the seasoning mix over and over again.

I mean, the same spices can work for Mexican, Indian, and Mediterranean cuisines.

You also control how much thickening agent to add and how strong you want your spice blend to be.

All in all, it’s cheaper and more versatile than the pre-made stuff.

This amount is enough for about a quarter cup of seasoning, but you can scale it up or down depending on your preference.

That said, I strongly advise you to make a small batch of this stuff so you can always use it in peak freshness.

Pre-ground spices lose their flavor as they sit around, so it’s better to use them as soon as you can.

All of the ideas we mentioned earlier are a great way to elevate your nacho meat seasoning and create an unforgettable Mexican food experience. 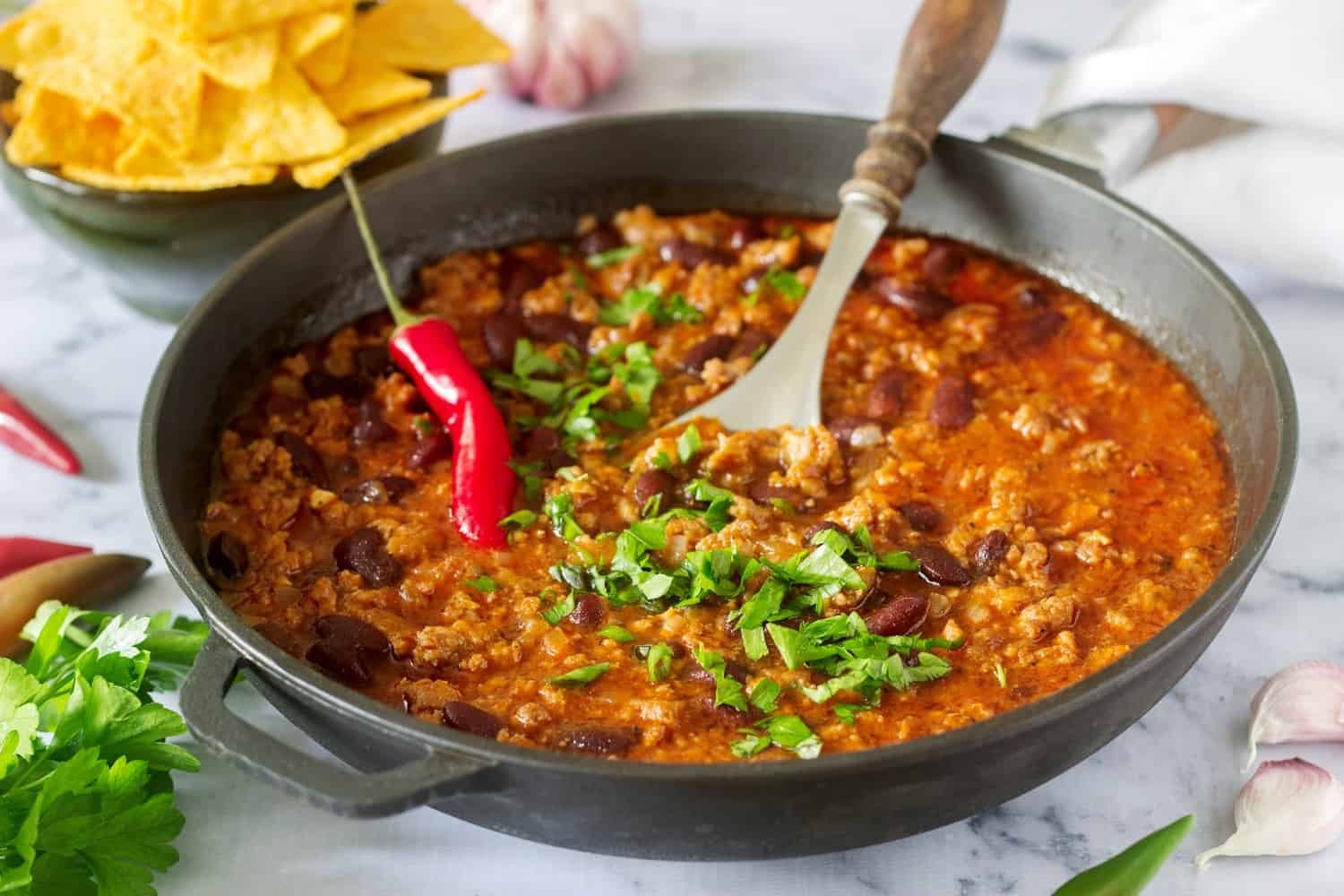 Seasoning ideas and recipes to cook with Nacho meat

Waiting patiently for you to come home and fuck me! https://bit.ly/3UIKI2R