The idea of chowing down on bear meat might seem strange at first, however, it’s actually a delicacy enjoyed by many around the world. But, what does bear meat taste like, exactly?

Bear meat tastes very similar to venison. It’s significantly sweeter, though and may differ in taste depending on the age of the bear.

For instance, younger bears have a milder flavor. The season also plays a role in how a bear will taste.

If we have your curiosity, and you’re willing to try something new, read on as we dive deep into where to buy bear meat, how it’s prepared and cooked, and (of course) how it tastes.

Where to Buy Bear Meat

Black bear meat is legal in North America and the United States. Each state has their own guidelines about how you can hunt bears and how many you can kill per year.

If you’re trying to avoid the great outdoors this year, then you’re searching for a place to pick up some meat to elevate your food.

This type of game meat can be purchased online, on a number of sites like ElkUSA.

If bear hunting is happening near you, you can even go to your local butcher and see if fresh meat is available close by.

Bear meat is a valuable and finite resource, so contact your butcher before fall bear season is underway.

How to Cook Bear Meat

You can cook black bear in a multitude of ways, from frying, baking, boiling, or grilling it. Boiling in and making a bear stew or roast is preferable to ensure tenderness and fall-apart flavor.

Bake your bear meat in the oven at 375 degrees fahrenheit for 20-25 minutes per pound.

Please ensure the internal cooking temperature reaches 160 degrees before serving it. Any chance of undercooking it can result in Trichinella poisoning.

Cook until there is not a single trace of pink meat.

Trichinella are parasitic roundworms that can be found in bears. If you were to undercook your meat, the roundworms would survive and infect you. They can only be ingested from eating raw or undercooked bear and pork.

The symptoms of trichinella include: diarrhea, nausea, fatigue, and vomiting. If you were to contract it, it could clear up on its own within months, or persist for years.

Stay clear of uncooked meat and be sure to wash your hands after preparing your delicious meal.

Bears taste better when they’re on an omnivore diet, consisting of berries, meat, and succulent plants. That’s why black bear is such a delicacy and tastes sweet like fruit.

Bear meat can be slow-cooked like a roast, until it’s pulled apart and tender. Red wine is your best friend with this meat because it creates a savory taste.

Black bear would be great on a keto or all-meat diet. A serving of 4 ounces has zero carbs, 20 grams of protein, and less than 10 grams of fat (compared to 17 grams for beef). It also has key nutrients, such as iron, niacin, riboflavin, and thiamine.

Native Americans saw bears as symbols of spiritual guides, instead of using them for food. They believed they represented health, strength, family, and courage.

If you’ve ever seen a bear hunt for its own food, it’s not difficult to dissect how they stood for strength. 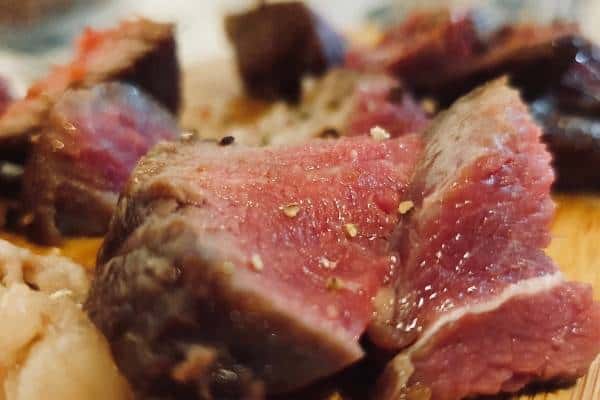 Cook approximately 5 minutes per side for medium-rare bear steaks. But ensure it reaches an internal temperature of 160⁰ F.

Fry the bear until brown in bacon grease before putting it in a dutch oven. Cook for 7-8 hours at 220⁰ F.

Side Dishes to Complement Bear 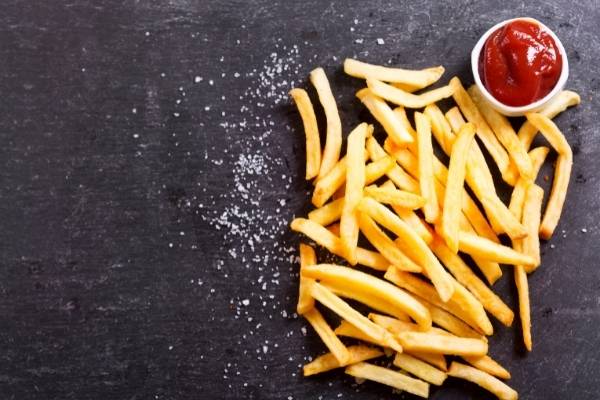 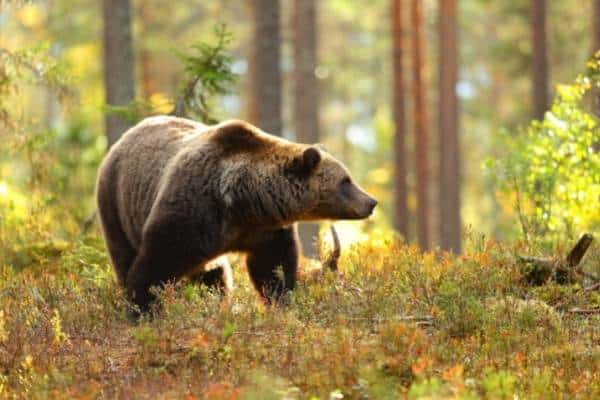 You may have heard popular figures, such as Joe Rogan talk about the hunting he does with a bow and arrow. He hunts older wild animals so that he has a large carcass to harvest year-round.

Others believe you should be able to hunt what you want, purely for the sport of it. It’s up to you to decide where your ethics lie, especially if you want to know what bear meat tastes like.

Don’t Bear-y the Lead: What Does Bear Taste Like?

Some people compare bear meat to venison. It’s sweet, tender, and has an entire day’s worth of iron in a 3 ounce serving. What about other bear species though?

So, now that you got a taste of: what does bear meat taste like, pick some up and get a meal going. Remember, you can cook over a fire to make bear meat taste good (love that tip!).

Pack up your family, a cooler, and your camping gear, and go experience the wild while mowing down on fresh food.