If you ask yourself what foods start with the letter U, you might think the options are limited.

You might be surprised just how many foods that start with U there are out there. We have over 30 ideas for you to explore.

And it’s an enticing window into a diverse group of culinary options. From healthy-but-overlooked ingredients to dishes from far-flung corners of the globe, let the letter U expand your dining possibilities. 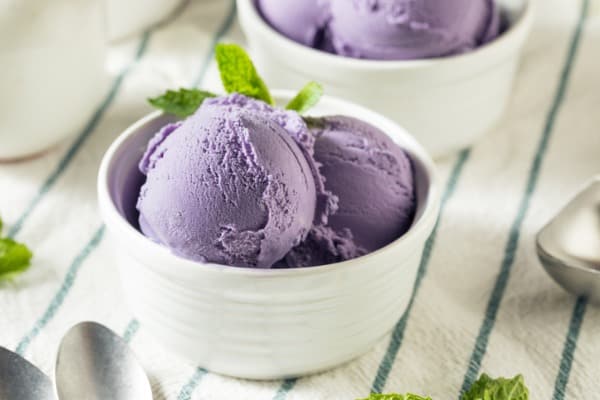 Call it ube or call it a purple sweet potato, either way this vibrant vegetable brings beauty to any dish.

Its mildly sweet flavor has made it a favorite in Philippine desserts. From ice cream to donuts, it’s also increasingly popular here, thanks to its vivid purple popping up on Instagram feeds everywhere. 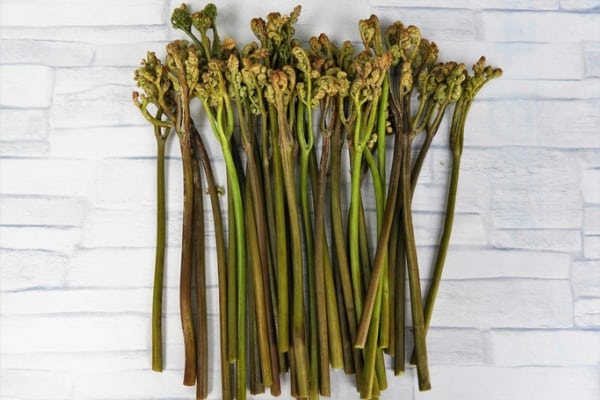 Also known as Japanese mountain asparagus and spikenard, this Asian plant is beloved for its culinary delights, medicinal cures, and ornamental displays.

The early springs shoots are revered and collected for use in salads, soups, and other preparations in Japan, Korea, and eastern China. 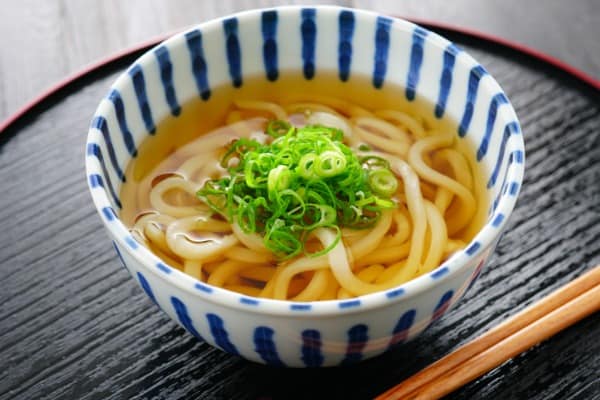 These thick, soft, chewy, Japanese wheat noodles are versatile enough to take on flavors mild to spicy or filling to refreshing. 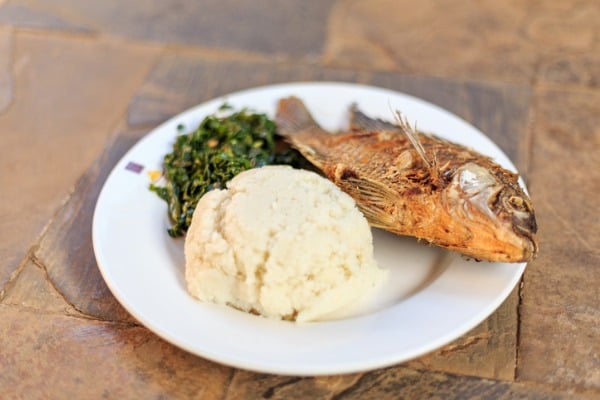 This African cornmeal porridge, also called corn fufu, is served as a side dish for more flavorful main dishes like greens, fish, stews, and curries.

Cornmeal was first introduced to the continent by Portuguese traders in the 1800s. African cooks then adapted the New World grain to their own porridges, which had previously only been made from native staples like sorghum and millet. 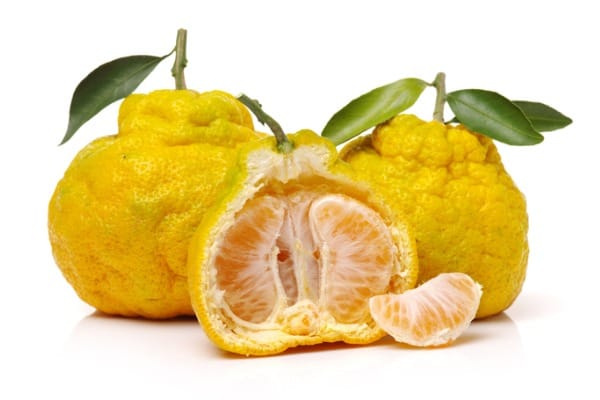 It might not be pretty, but this delicious citrus, also known as Jamaican tangelo or uniq fruit, is a hybrid of tangerines and grapefruits.

And that unique off-spring – thought to be from a spontaneous cross pollination of the two fruits  – might be an ugly duckling, but it has a heart of gold – mostly sweet and slightly tart.

Eat it like an orange or add it to your favorite salad. Either way, just eat it. 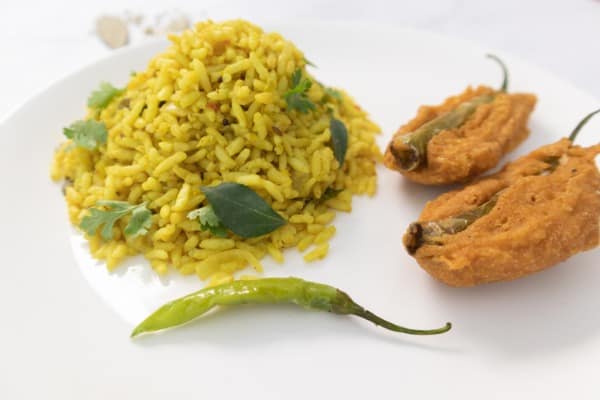 Whether it’s served from a street food vendor or as a breakfast or snack at home, uggani is a puffed rice dish loved throughout south India.

Soaked puff rice is combined with spices, vegetables, and other ingredients to make a light but satisfying dish. 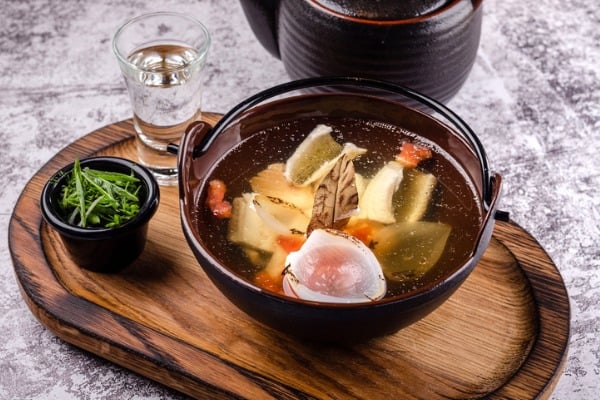 Whether pulled together over an open fire by the riverside after a long day of fishing or back at home, ukha is a traditional Russian fish soup that’s just as healthy as it is comforting.

The broth is clear and the flavors of vegetables and fresh herbs shine through. 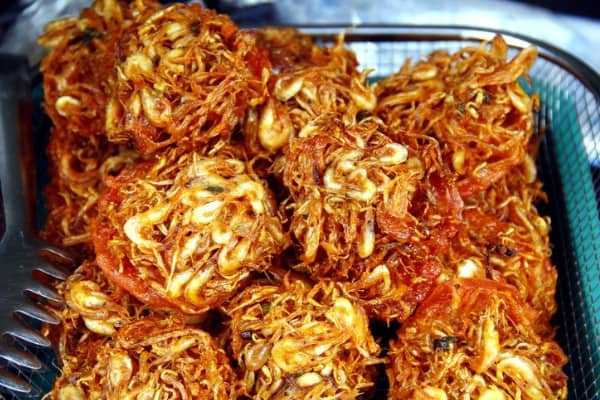 This Philippine street food, snack, and side dish is the definition of crispy and crunchy.

Shrimp and vegetables – like mung beans and carrots – are coated in batter and fried up to the most amazing texture.

Dipped in a spicy vinegar, ukoy is nothing short of a delight. Complete this meal with some tasty Filipino side dishes you’ll love. 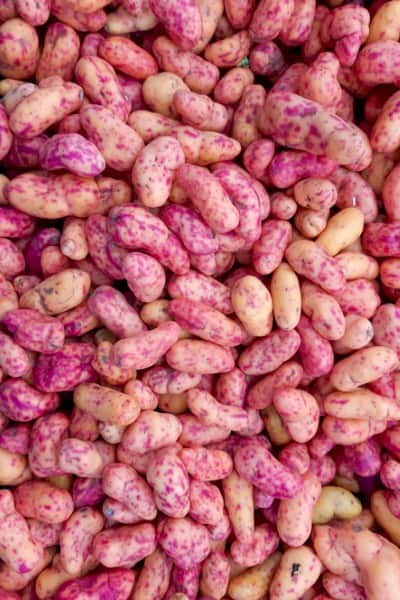 These vividly multi-colored tubers have been grown in the Andes for millennia.

As much as they resemble potatoes, the leaves of ulluco are edible, as is the flesh of the tuber itself, which keeps its crisp, firm texture even once cooked. 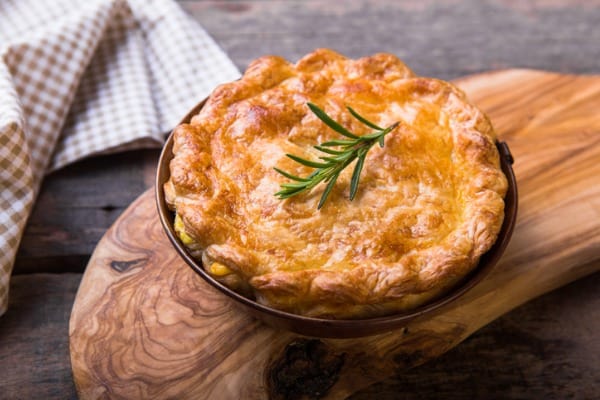 This centuries-old English dish was named after the heart, kidneys, lungs, and liver of game animals, particularly of deer.

Much like our current pot pies, this one was filled with meat, vegetables, and herbs.

Over the years the words umble and humble became conflated and morphed into the phrase “to eat humble pie.” 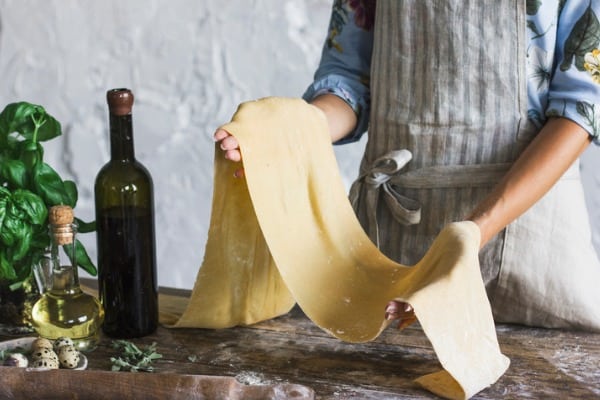 Pasta shapes can make all the difference in how they hold sauce and ultimately how we experience a dish.

Umbricelli is thicker than spaghetti and made from just durum wheat and water. Both give it a heavier, chewier texture that goes well with hearty, thick sauces. 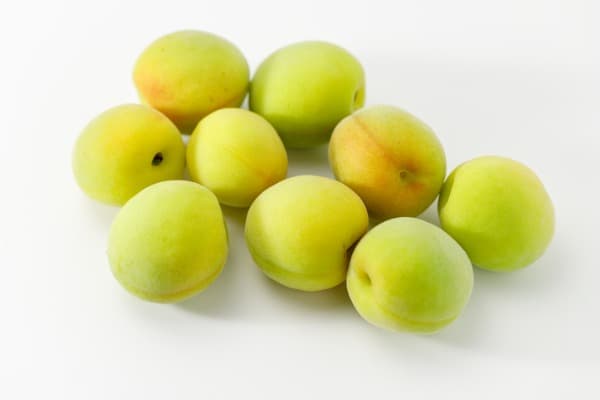 Revered for their early spring blossoms, these small Japanese, green-skinned plums aren’t eaten raw, but they’re a key raw ingredient in other delicacies.

Japanese plum wine and umeboshi (see below) are just two of the best known. Add jams, vinegars and refreshing summer drinks to the list of uses for this healthy fruit. 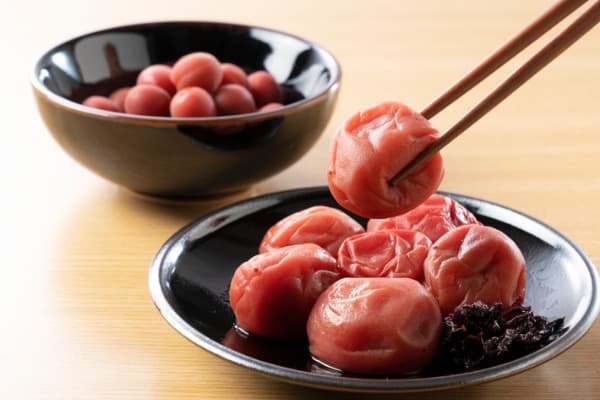 Sour and salty, preserved ume plums are known as umeboshi in Japanese. These little flavor bombs are often eaten as is over a bowl of white rice.

But the fruit and the preserved liquid are also often used to flavor rices, soups, salad dressings, and marinades. 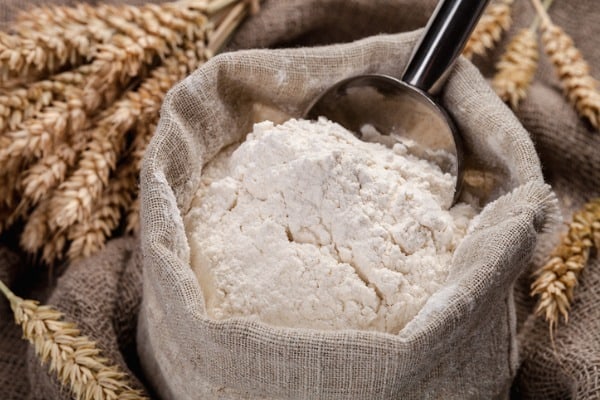 This flour is naturally aged without bleaching agents that, for instance, can inhibit natural yeasts needed for traditional sourdough breads.

Unbleached flour also has a denser texture best for breads and pastries. 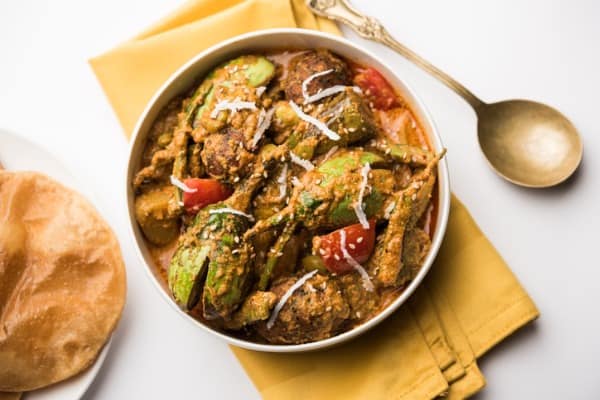 A vegetarian one-pot dish from the western coast of India, this rich, hearty meal features a mix of root and other vegetables with a complex blend of spices and fresh flavors.

Undhiyu is traditionally cooked upside down in earthen pots underground, beneath a fire – but you don’t have to shy away from modern cooking methods to enjoy it! 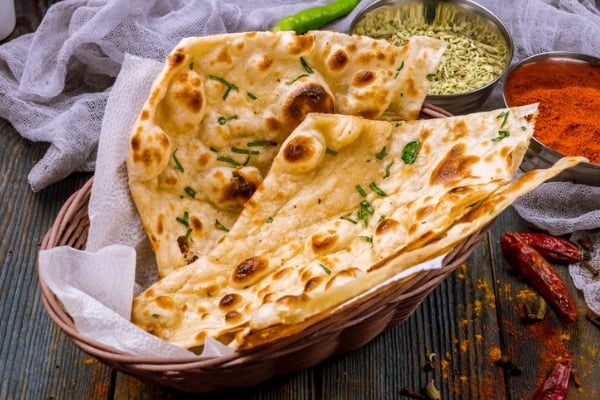 The first bread to pop to mind made without yeast or other leaveners might be Jewish matzo, but there is literally a whole world of unleavened breads, many of which fall into the category of flatbreads.

From Mexican tortillas to Armenian lavash, or Colombian arepa to Indian roti and chapati,  (but not naan bread like you would serve with tandoori chicken, because it’s actually a leavened flatbread!), there are plenty of delicious varieties to explore.

Make sure to top your flatbreads with something yummy, whether it starts with the letter U or not! 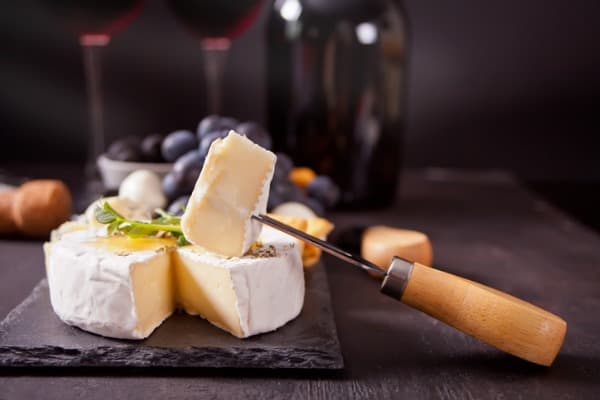 Often called raw milk cheese, some argue cheeses made from unpasteurized cheese taste better, while others fear health issues – including warnings against consumption by pregnant women.

Many imported soft cheeses, such as brie and camembert, are traditionally made from unpasteurized milk, but if they’re sold in the US, even unpasteurized cheeses must be aged more than 60 days to kill off harmful bacteria. 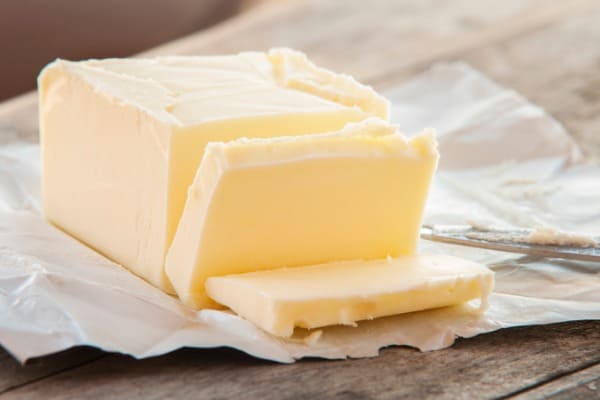 The debate among foodies might continue, but we would argue that both salted and unsalted butters have their place.

If you’re looking for something tasty to spread on your toast, salted is the way to go.

But many chefs will remind you that unsalted butter allows you to season your dishes to your liking, more finely controlling your flavors. 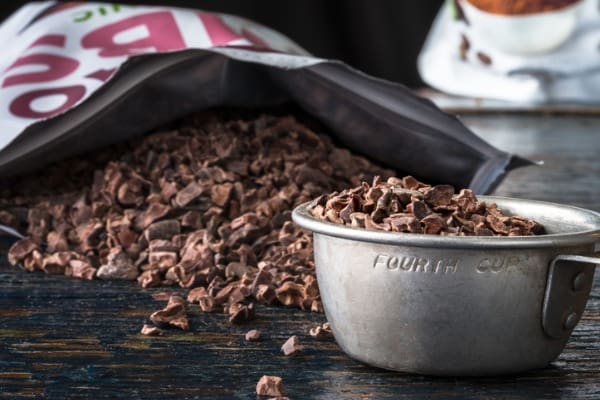 While we often think of chocolate and sweetness in the same breath, the raw ingredient itself actually has a complex and slightly bitter flavor.

While a little sweet is almost always added, unsweetened chocolate is at the heart of many rich, dark sweets, from ganache to truffles. Savor the savory sweetness. 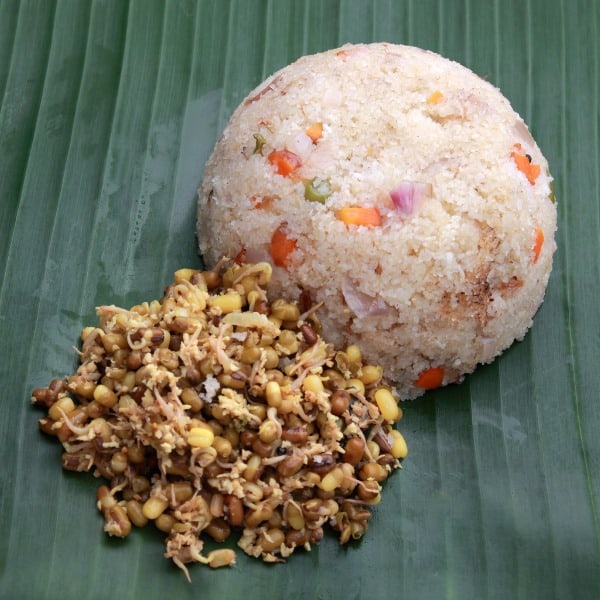 This south Indian breakfast dish is centered around toasted semolina flour – known in India as rava – flavored with spices and vegetables, nuts, or lentils.

The texture is soft and fluffy, and it comes together quickly and easily, making it a great staple for breakfast or a quick snack. 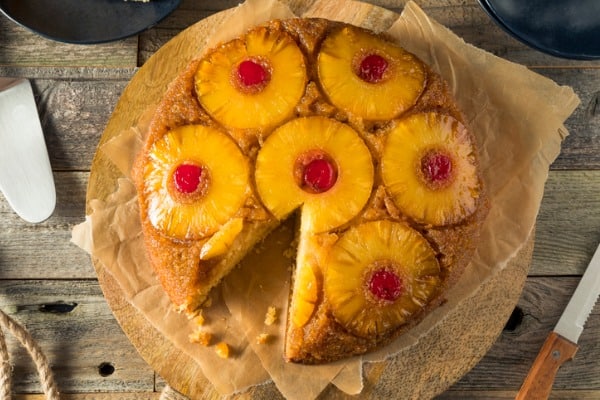 With its bejeweled fruit topping, and relative ease of preparation, upside down cakes are a wildly popular retro dessert.

Whether it’s pineapple, pear, or orange slices coated in sugar on a yellow cake – this perennial favorite never goes out of style. 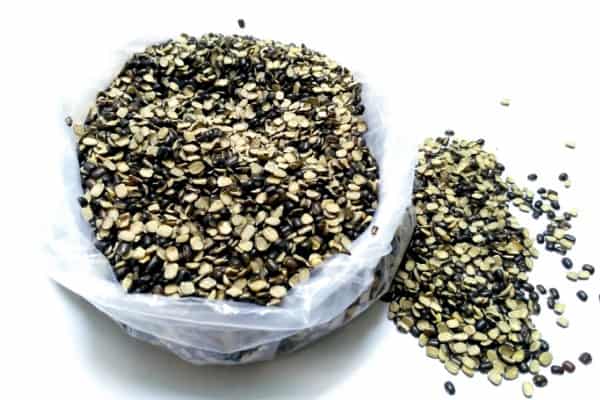 This South Asian bean is known by many names – black lentils, black gram, mungo bean, and vigna mungo – and they’re often used as the base for delicious idli, savory rice cakes.

When split in half, they’re typically called “white lentils.” 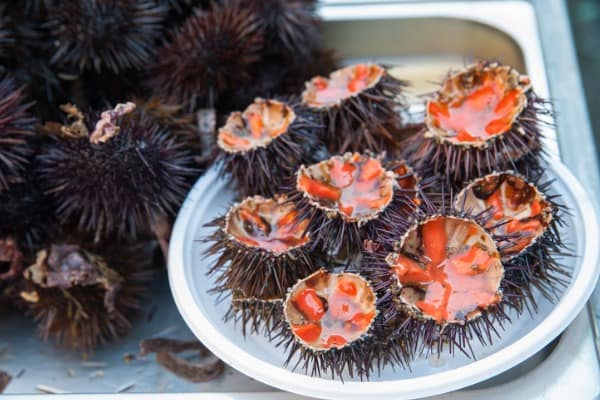 Urchins, or “sea urchins”, are invertebrates with edible gonads that are often referred to as “uni” by the Japanese – who make up a whopping 80% of the world’s consumption of these spiny sea creatures.

For the world’s most decadent late-night dinner, whip up a batch of scrambled eggs and uni. Yum. 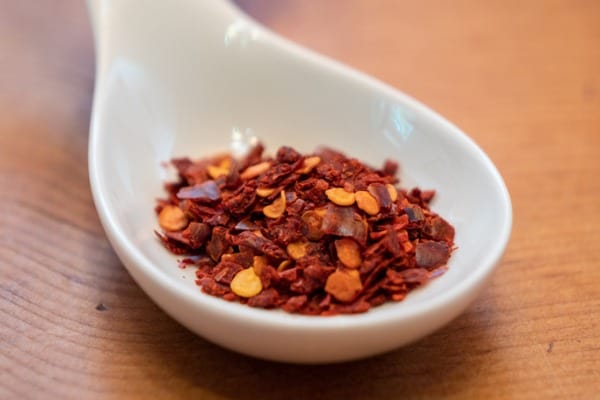 Urfa peppers – or “urfa biber” – are Turkish chili peppers that are partially dried in the sun and then covered with fabric or plastic to sweat them.

That makes them different than many dried peppers, because it allows the skin to retain their natural oils. 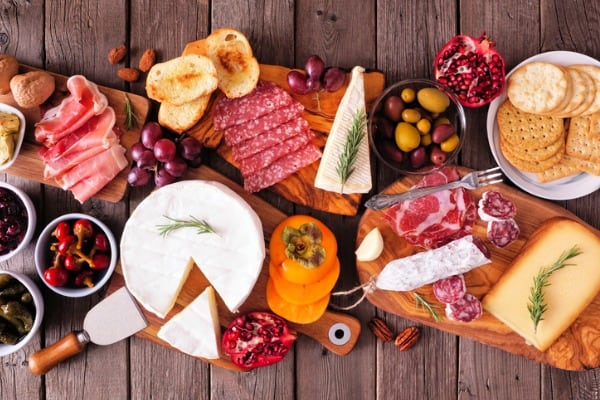 It’s also a fabulous melting cheese and has nuanced earthy flavors with a hint of mushrooms – which makes it a perfect addition to pizza. 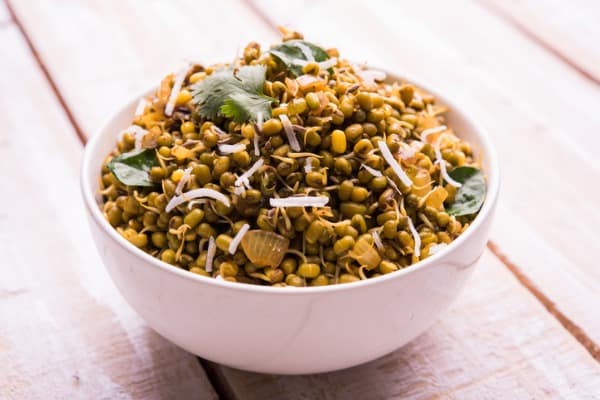 Usual is an Indian sprouted mung bean curry that’s made in a flavorful tomato and onion sauce kissed with curry leaves and turmeric.

And because there’s sprouting involved – that means there are extra antioxidants in the dish. Hello, delectable health! 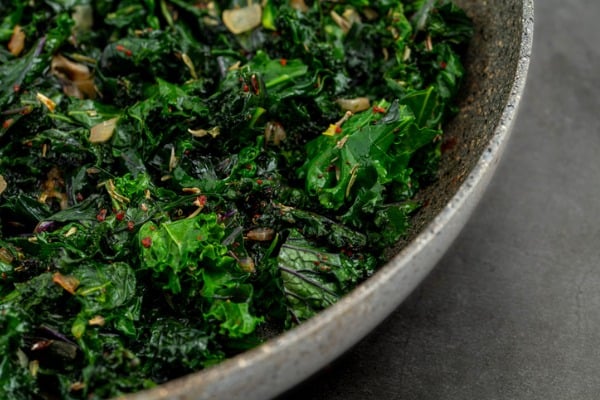 This Italian dish comes via Utica, N.Y., and it’s loaded with spicy cherry peppers, hearty blanched greens, salty prosciutto, and it all comes together under the blanket of crispy breadcrumbs and parmesan.

Grab your cast iron pan, and turn the broiler on, ‘cause this is a dish everyone will love. 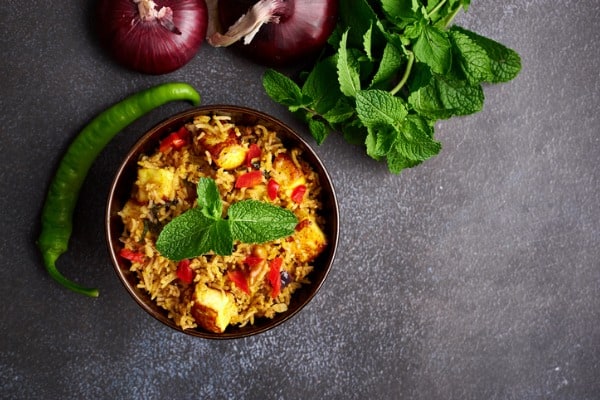 This South Indian biryani is slightly different from a regular biryani, because of its use of horse gram, a south Asian legune. It also quite often features light and tangy tamarind pulp.

Grab an armful of spices and vegetables and be prepared to fall in love. 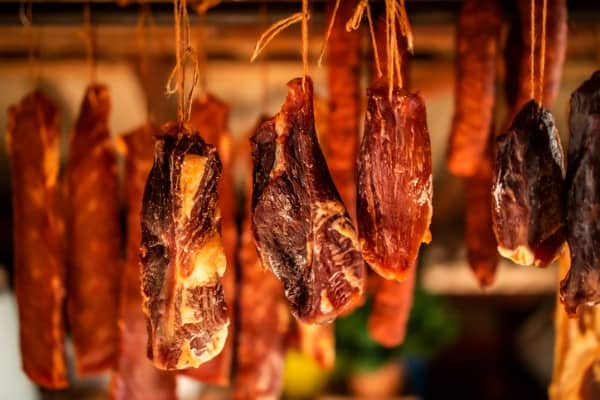 Uzicka prsuta is a Serbian smoked prosciutto made with pork or beef. The meat typically takes about a month to be cold smoked with beech wood, and then air dried.

When sliced, the meat has a stunningly beautiful red hue.

That wraps up this list of foods that start with “U”. Some of these you may have said, “Oh, of course!” if you were trying to think of more “U” foods on your own… Others were probably about as foreign to you as they were yucky sounding. That’s okay, I feel you.

One thing’s for sure, whether you’re just playing a word game or trying to remember a food you tried that started with this letter I hope you got what you needed…and aren’t too hungry now!